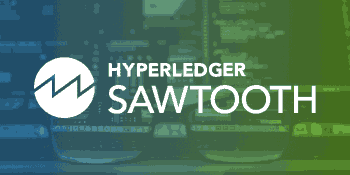 In 2018-19, Blockchain saw massive growth. It’s astounding; the way blockchain broke the shackles of cryptocurrency to enjoy selfhood. Numerous experiments and development are being done using Blockchain. One such work is the creation of Hyperledger; an open source blockchain project backed by multiple mammoth organizations. This project was fabricated with the view to give a solution to real business problems and getting blockchain to work to curate those solutions.

Why need to choose hyperledger sawtooth framework for blockchain business?

It’s a blockchain framework and provides a base so that developers don’t need to do everything from the inception while developing blockchain application. The aim of this framework is to build enterprise-grade applications based on the distributed ledger with safe smart contracts.

Sawtooth is designed in a manner that application development can be done without knowing the core system. It equips developers with the freedom to select the language and define rules with ease. Its flexibility is what makes it enterprise ready.

While talking about Sawtooth, it is imperative to know its significant feature and it is independent application level. The developer can build any application. Sawtooth, by clearly differentiating between the level of application and core system, enables easy development and deployment of an application. It makes possible for the app developers to write the logic of the contract in their preferred language by providing an abstract smart contract.

Sawtooth makes it easy to develop and deploy an application by providing a clear separation between the application level and the core system level. Sawtooth provides smart contract abstraction that allows application developers to write contract logic in a language of their choice.

The application can either be a smart contract virtual machine or native business logic; these both applications can exist together on the same blockchain as design decisions can be prepared in the transaction-processing layer with Sawtooth.

The Sawtooth framework was developed with enterprise use in mind. Therefore it allows the developer to develop an application in the language they know best. Sawtooth comes with SDKs to build a blockchain application range of languages. Sometimes it’s not possible to write client-end and server-end with the same language.

While writing applications’ smart contract or the backend part, language selection needs to be done on performance on the other hand language for front-end needs to be as per the requirement of client. Though, everything can be written in the same language like with MEAN Stack use JavaScript, both at front-end and back-end. But the availability of multiple options allows the developer to amalgamate its command over language with the best technology option. Sawtooth provide SDKs with language options like Python, JavaScript, Go, C++, Java, and Rust.

Sawtooth replacing the traditional method allows using different sort of consensus on a single blockchain. The consensus selected at the early stage can be altered on a functioning blockchain with transactions on it.

Sawtooth comes with support to consensus named Proof of Elapsed Time (PoET) out of the box. Only through this leader of a new block is selected that is to be added to the blockchain. This works on two simple steps:

The key benefit of the PoET is that it does not resource and power intensive. Apart from, it allows nodes to do other tasks while being on wait time, thereby being more capable. Sawtooth comes with Dev mode, to ease with developing and testing.

As Sawtooth is developed by Intel, to make sure that the consensus is unbiased it trusts on Intel provided CPU instructions - 'Intel Software Guard Extensions (SGX).' It provides the application a secure environment to run trusted code; satisfying that the wait time is actually random and verifiable by external participants. To defy, the restriction to rely on Intel’s hardware Sawtooths have come with PoET-simulator, to allow work on any hardware infrastructure.

The biggest problem which restricts enterprises to adopt blockchain is hardware support. Hyperledger Sawtooth seems to be a solution, as it can be easily integrated with hardware security solutions. As Sawtooth’s default consensus PoET provides “trusted execution environments”, easy integration with a hardware security solution. This hardware integration not only provides security but also solves enterprise’ issue of high volumes of the transaction; everything being done with blockchain at the core.

Though Intel developed PoET and trusted execution environments mechanism Sawtooth is not dependent on Intel and can work with any Non-Intel based hardware as well.

The ‘advanced parallel scheduler’ boosts the process of creation of block and validation. Thereby, uplifting the performance and providing an edge over serial transaction processing. This can solve the blockchains’ scalability issue, by handling multiple nodes and its transactions at once.

Hyperledger Sawtooth comes with support to real Smart Contract, allowing the creation of Smart Contracts based on business logic. Its prime feature is ‘On-chain governance’, that allows the use of smart contracts to implement voting rights on the blockchain. With its distributed ledgers Sawtooth makes Smart contracts security to enterprise level.

Sawtooth has a unique feature of “global state agreement”, which assures that every node on the blockchain has exact same copies of the blockchain database; the cryptographically identical ones.

It’s beneficial for those enterprises that want Ethereum with added functionalities.

The Implementation of hyperledger sawtooth framework for blockchain business application :

The Hyperleger Sawtooth framework is perfect to implement blockchain business applications at the enterprise level. With so many organizations like SBI, Tel Aviv Stock Exchange, Huawei, T-Mobile and pokitdok, Sawtooth has already proven its usability for the large enterprise.

Sawtooth’s flexibility makes it a satisfying option which both small and large enterprise should look at. Now is the time to build a custom application on the Hyperledger Sawtooth framework.